However – its high quality comes with a cost.

At about $70/bottle, this shampoo is far from a cheap one.

So is it worth all these money? Or it’s just another hair growth scam?

I tried to dig deep into this product and find out the truth behind.

Note: This review is based on my opinion + research on Ultrax Labs’ product.

Cheapest Place To Buy: Amazon (they have discounts very often)

Designed For: General hair growth – it promises to:

Basically – it’s the kind of shampoo that works for both hair loss and growth.

Worth Buying?: Definitely not – but mostly because it’s too expensive:

I personally recommend using this supplement instead of shampoos.

You can also use a shampoo – but mostly as an additional remedy (effect is much weaker than with supplements).

What Is Hair Surge? A Quick Overview

Now – what makes it trustworthy is the producer behind it.

I’m talking about Ultrax Labs – which is a pretty serious hair brand (with several products behind).

However, Hair Surge seems to be their #1 product (in terms of popularity).

So what makes it so special?

To be honest – judging after its formula, quantity and price, Hair Surge isn’t really worth it.

In my opinion, it’s not such an amazing shampoo (in terms of value).

That’s why I consider it quite overpriced and overhyped.

But now that you know the main things about it – it’s time to analyze it closer.

Hair Surge has a pretty good formula, if you ask me:

Now – this product also has the typical shampoo problems.

It doesn’t give out any dosages and it mentions active and inactive ingredients all together.

But overall, it has a promising formula.

So let’s take a look at its 3 active ingredients.

This compound is used as CaffinoPlex – which is a blend of several caffeine extracts:

However, in Hair Surge it’s used against thinning:

This herb is probably the strongest natural DHT blocker.

Since DHT excess is a major cause of hair loss (especially in men) – Saw Palmetto’s effect is extremely helpful:

I personally wouldn’t expect miracles from a shampoo.

That’s because it mostly improves the external symptoms (it doesn’t treat the problem behind).

But in terms of ingredients – Hair Surge is quite potent.

In terms of consistency – this shampoo is good but not perfect.

Hair Surge has a really pleasant scent, if you ask me:

Now – citrus flavor is my personal favorite, that’s why I’m a fan of Hair Surge’s smell.

But overall, it’s not too light nor very intense either.

That’s why I think most people would probably like it.

From this point of view – Hair Surge is a bit different than most shampoos:

Basically – you need to use a higher quantity than you would use in regular shampoos.

And there’s one more thing.

One of the common complaints I found was that it tends to dry hair (in some people).

So it’s probably not the very best choice for women with frizzy curls.

Depending on the greasiness of your hair, use the shampoo twice in every wash (or not).

According to its instructions – it’s recommended to use it 5 times per week (for best results).

I personally think that is way too much.

Most people wash their hair 3 times/week (at most).

So washing it 5 times a week would be really uncomfortable – at least for me.

That’s the only downside I found about Hair Surge’s schedule.

I don’t have a personal experience with Hair Surge – as I never tried the product myself.

For this reason, I will try to analyze previous customers’ opinions.

In this way – you can see the whole perspective.

In order to be unbiased – I will only look at Amazon’s reviews for Hair Surge.

It makes it clear that Hair Surge is far from a scam.

So here’s what most people tell:

Basically – Hair Surge has mixed reviews, which is normal.

But since it has so many praises (in terms of effect) – I’m quite sure it’s a legit product.

As I said, there’s quite a high number of negative reviews.

Most are complaining about:

In my opinions – most of these complaints are real.

It’s obvious that no product will work for everyone.

So I’m sure Hair Surge doesn’t work for a pretty high amount of people.

As for the other complaints, I’m quite convinced they’re authentic.

So don’t imagine this shampoo is perfect – because it’s far from that.

Hair Surge has a lot of positive reviews and satisfied users.

However – it also has enough complaints.

Considering its huge price/quantity – I would probably not recommend it.

If you want to get a real hair growth/loss effect, I strongly recommend going for a supplement:

In my opinion – Hair Surge is extremely overpriced for its actual value.

That’s why it’s not a shampoo I would recommend any soon.

With so many decent alternatives (that work even better) – why spend so much on this product?

Hair Surge’s price is about the same in all sellers:

We’re talking about an 8 oz bottle, after all.

And besides, it doesn’t have any unique trademark ingredients – but 3 active compounds that are quite easy to find (as a producer).

For this reason, I couldn’t possibly recommend Hair Surge.

There are so many cheaper shampoos with much stronger ingredients.

I won’t compare Hair Surge with any other hair shampoo.

That’s because, in my opinion – if you really want to make the most of your money, you should go for a supplement.

So my #1 alternative to Hair Surge is a supplement called Folexin:

Basically – Folexin is a much better choice in terms of price.

But in terms of effect, the difference is even higher.

I don’t recommend topical products as a #1 treatment for hair loss/growth.

You can use them as an additional product – but your top choice should always be a supplement (or internal product).

The effect is much better in this way.

Since you use it 5 times per week – a bottle of Hair Surge won’t last more than 1 month.

For this reason, I strongly suggest going for a supplement instead.

At least if you really want to see a strong effect without paying a small fortune.

Despite its high price – Hair Surge is quite easy to find in most sellers.

However – I recommend buying it from Amazon:

But I personally believe Amazon has more advantages overall.

Here’s how I would sum up my opinion on Hair Surge (in 3 ideas).

As I said in the beginning – this shampoo has a good formula (but not an amazing one):

Basically – its ingredients have clinical evidence.

But none of them is a trademark compound or a purified extract.

So despite being a decent formula, it’s not the best one I have seen in a shampoo.

According to the label – Hair Surge should be used 5 times a week.

Actually – a bottle will probably run out in less than 30 days.

This assuming you follow the recommendations from the label.

Since there are only 8 oz per bottle – this can’t be enough for more than a month.

In my opinion – it’s one of the priciest shampoos I know:

And in terms of formula – Hair Surge is far from the best shampoos I have seen.

For this reason, I personally think it’s not worth the price at all.

That especially when you have so many cheaper alternatives that work even better.

My Verdict – Is Hair Surge A Scam?

Short answer: Definitely not – it’s a legit product in terms of effect.

However, it’s surely not a shampoo I would recommend:

In terms of effect, it does work for more than 50% users.

But there are enough complaints (also regarding its effect).

So there are many customers who didn’t see any change after several months.

For this reason – I couldn’t possibly recommend Hair Surge at $70 per bottle.

There are enough quality shampoos on the market for a much lower price.

I personally recommend Oxford BioLabs’ shampoo – as it’s the most professional one.

However, I don’t recommend shampoos as a #1 treatment for hair loss/growth.

Instead – I strongly recommend supplements:

So if you really want to see a big change in your hair fast – supplements are my top choice.

They’re a lot cheaper than shampoos overall, so they make a better option. 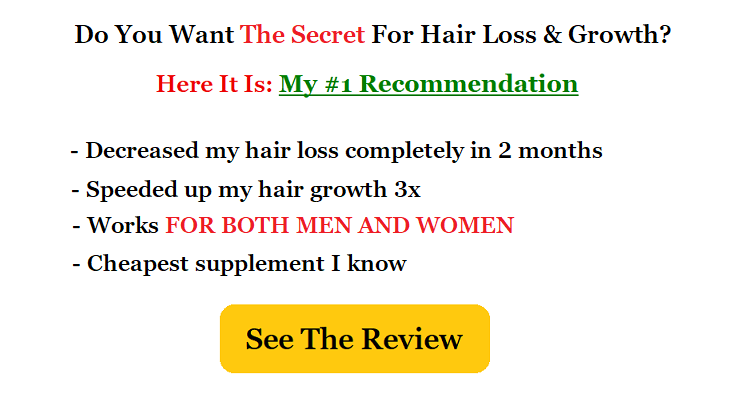